Historical Lake Accotink Park
Cordurory Road - A Rare Find
This type of road is known to have been used as early as 4,000 BC with examples found in England. It also was constructed in Roman times.  A corduroy road or log road is a type of roadmade by placing logs, perpendicular to the direction of the road over a low or swampy area. The result is an improvement over impassable mud or dirt roads, yet rough in the best of conditions and a hazard to horses due to shifting loose logs.

​Corduroy roads were used extensively in the American Civil War, between Shiloh and Corinth after the battle of Shiloh, and in Sherman's march through the Carolinas and in World War II by German and Soviet forces on the Eastern Front.
Although Fairfax County is not prone to discuss finds of this nature apparently a Cordurory Road was found during repair of the roadway that leads to the Visitor's Center and dam area.  it is surmised the find was along the road highlighted in red in the pictures below.  A mystery is why it was there.  The paved road being repaired was built on top of the old Orange and Alexandria Railroad bed.  Was the Cordurory road built before or after the railroad was laid.?  If built before the railroad was laid it would have been built prior to 1851 or 1852 meaning that it pre-dated the Civil War - why was it built?  Where did it connect? If built after the railroad bed was laid - why was it built and why so late? The railroad was in use for a considerable time.  Unanswered questions.
Below are picures of the Cordurory Road when it was opened up.  It is said Fairfax County documented the Cordurory Road the covered it in gravel and paved over the top of it.  This happened in late 2016. 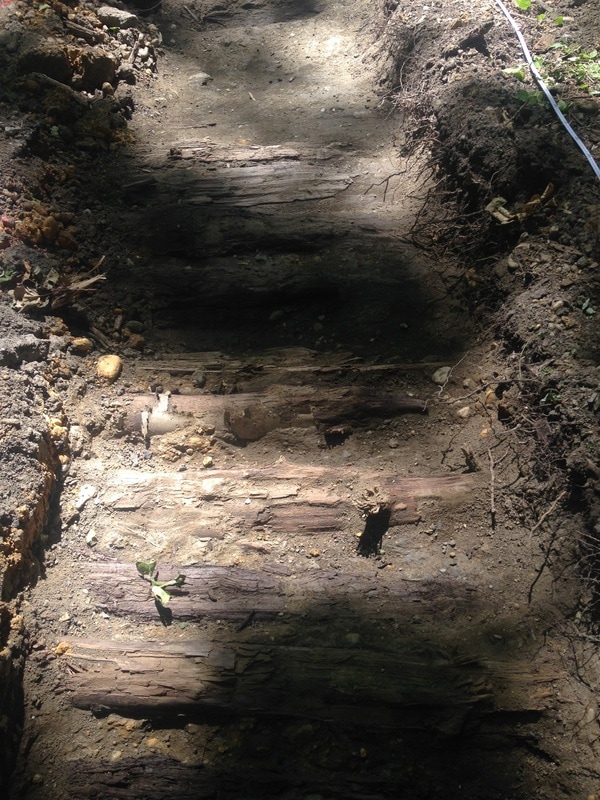 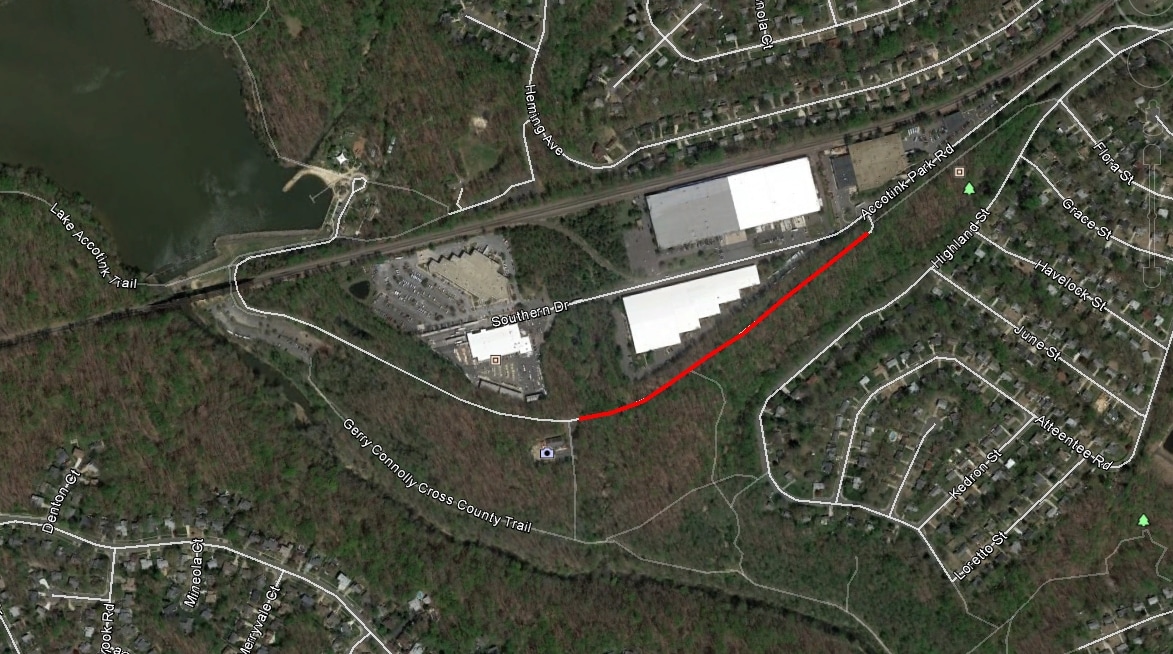